When many enterprises feel pressure to meet the national VI B standard!

In the international market ushered in the highlight of the moment, pull up the power of China's global discourse! 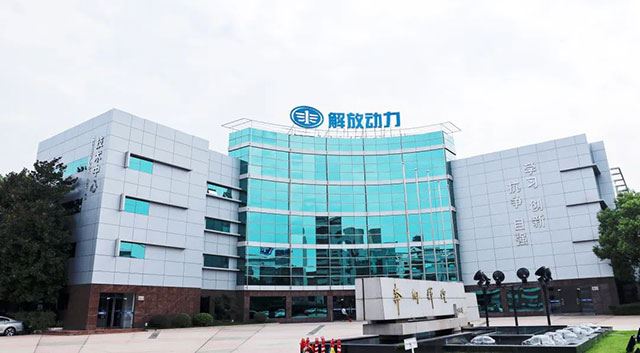 FAWDE marching into "no man's land"

Obtaining certificates and reports simultaneously with European OEMs means that FAWDE joins international competitors in the "no man's land" of emission control.

The reason why Euro VI-e is called "no man's land" is that it has stricter requirements than the "hardest in history" National VI B.

Euro Ⅵ-e is currently the latest emission regulations to be fully implemented in Europe, and has the world's leading environmental protection concept.

It has more stringent test requirements for vehicle PEMS (vehicle exhaust gas detection), not only increasing the requirement that THC (hydrocarbon) emissions do not exceed 240mg/kW•h, but also the PN emission limit (the quality of solid suspended particulates in exhaust emissions /Number of particles), which is 18.5% lower than the requirements of the National VI B regulations. 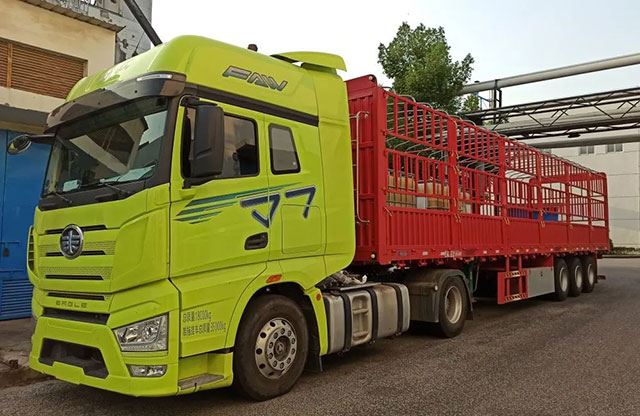 The test results show that the pollutant emission value of FAWDE ALL-WIN CA6DM3 is far lower than the limit required by European VI-e regulations.

At the same time, ALL-WIN CA6DM3 has a lower fuel consumption level, and has the ability to compete with global competitors in terms of compliance and economy.

To win the recognition of laws and regulations and the respect of the market, after all, we must rely on strength to speak.

In 2019, FAWDE put forward the goal of reaching European standards in the entire life cycle of products such as technology, quality, marketing, service, and supply chain.

At the end of December of the same year, FAWDE initiated the EU Ⅵ-e declaration for the ALL-WIN CA6DM3 engine by the United Jiefang Commercial Vehicle Development Institute. 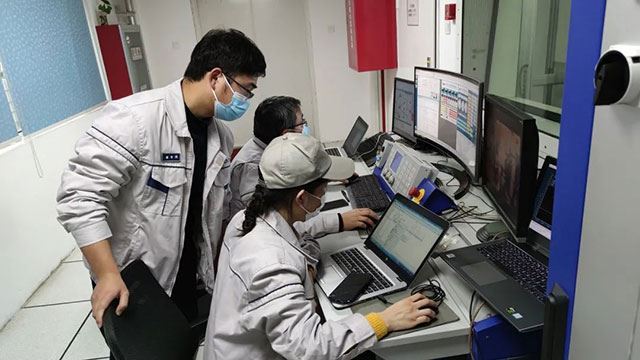 At the start of the project, since the European VI-e regulations have not yet been officially issued and the certification rules have not been issued, the project team needs to fully consider the risk of sudden changes in the terms and repeatedly deliberate on the necessity and completeness of the content of the application materials.

At the same time, the project has only 12 months from the start to the planned completion. In early 2020, the outbreak of the new crown epidemic in China has brought many uncontrollable factors to the development of the project.

Facing all kinds of uncertainties and unexpected factors, FAWDE responded calmly and tackled hardships all the way with super strong resistance to pressure.

After the start of the project, there is no friction power and fuel consumption test cycle template in the test bench. The vehicle PEMS test lacks the European VI-e report template. At this time, if you seek the assistance of the equipment supplier to realize that the bench and vehicle test equipment have European standards The ability of the VI-e test needs to re-run the approval process and sign the contract with a period of at least 3 to 4 months. 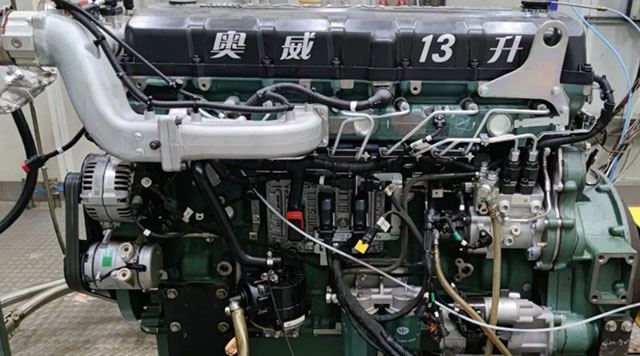 In order to meet the requirements of the project timeline, all departments cooperate closely, carefully read the regulations, deeply understand the content, through independent exploration and multiple tests, and finally complete the preparation of equipment program control and report template debugging on time, shortening the cycle and saving costs.

Regulation research and test work are carried out simultaneously

The bench runs in a two-shift system, which greatly reduces the cycle of witness testing and provides a guarantee for the project to be completed on time.

The project team will submit the final application materials on time at the end of October 2020.

At that time, it coincided with the second round of COVID-19 outbreak in Europe.

In order to prevent the project from falling out of schedule, the project team communicated with the EU declaration agency every week to follow up the progress of the declaration in time, and finally obtained the certificate and report on time, gaining valuable time for China Power to enter the European market.

Prove to the world the Chinese power of "Made in China"

FAWDE has always believed that "going out to sea" is no longer a short-term act of changing a place with a single shot, but requires long-term and systematic deep cultivation.

As early as 2018, FAWDE put forward the goal of creating the "three most" engines with the "most fuel-efficient, environmentally friendly, and reliable" engines.

That year, the ALL-WIN engine equipped with the world's most advanced laser welded steel piston was released at the Hannover Auto Show in Germany. 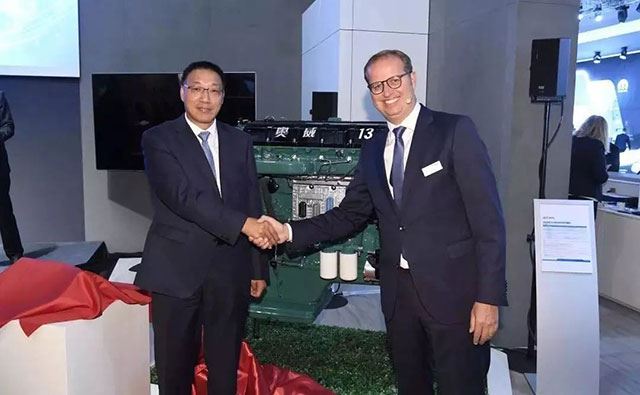 Through this technology, FAWDE has a greater differentiated competitive advantage in reliability, and then takes the lead in market competition. 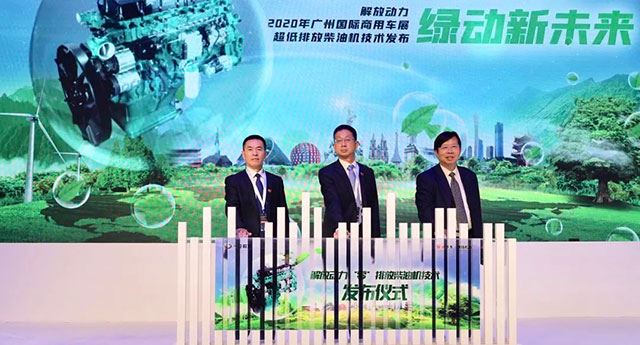 The release of this technology not only sets the benchmark for China's internal combustion engine emission technology, but also marks that national brand engines have reached the world's leading level in environmental protection technology.

In 2020, the release of the FAWDE ALL-WIN 16-liter engine will bring the domestic sight of "sufficient" 13-liter displacement to a new pattern of participating in international competition. 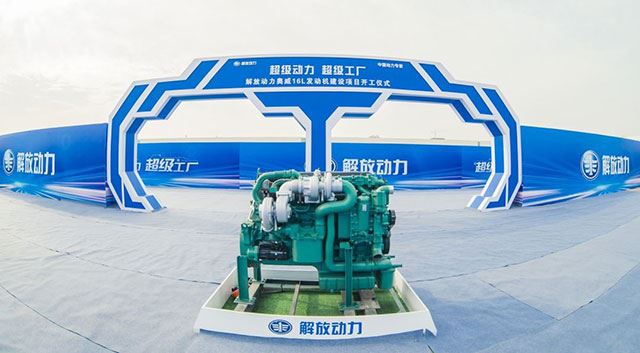 The ALL-WIN 16-liter engine is currently the largest domestic engine with a maximum power of 750 horsepower, a maximum torque of 10% higher than that of international mainstream brands, and a B10 life of 2 million kilometers, which is 30% higher than the previous generation.

It can be said that the ALL-WIN 16-liter engine is an important development node for commercial vehicles in China and the world. Since then, in the field of global commercial vehicles, China Dynamics has the ability to catch up with the world's first-class technology, and prove to the world the new height of "Made in China".

Entering 2021, FAWDE has obtained the Euro VI-e emission certification again, and the road to internationalization is broader.

Looking back on the past "13th Five-Year Plan"

Repeatedly make amazing moves of "turning out of the sky"

Towards the high end of the industrial chain and value chain

Bring the global voice of Chinese brands to new heights!